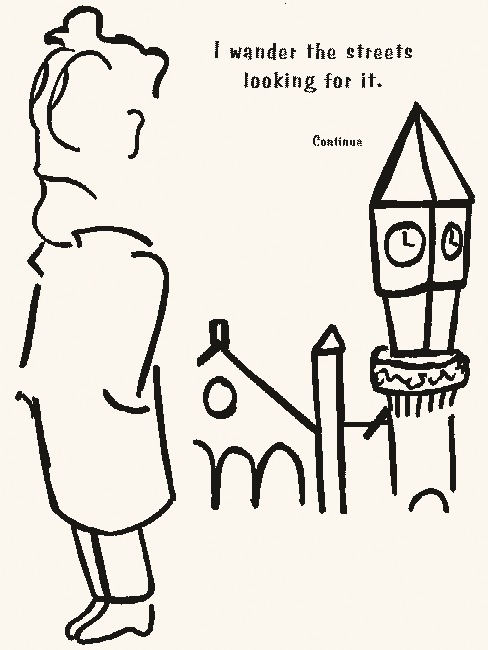 The Face in the Window.

Joel Strikes it Rich. Joel Among Friends. The Prince is the Real
Hero. Another Chance at Love.

To be continued.
We are grateful for Xander’s permission to use her work in RP.

Object(s) to bring back to life: “I can think of several, most of them public spaces. The Second Avenue Deli in New York City, for example, which had great matzoh ball soup and a Hall of Fame from the Yiddish theater circuit, which was once based on Second Avenue. Estee Lauder White Shoulders perfume, which my grandmother wore. (Not a very flexible product name in a multicultural society!) When I started buying it for her, it was on the second shelf of the perfume counter, but it went down the the third and ultimately the bottom shelf, as its devotees got older and older and finally all died off.”